Night and Weekend Appointments are Available. Call Today to Schedule. 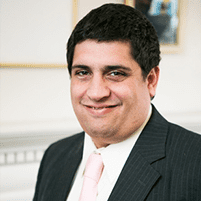 Next Step Foot and Ankle LLC

You don’t have to accept living with nail fungus any longer. While nail fungus is both a painful and cosmetic problem, at Next Step Foot & Ankle in Philadelphia and Morrisville, Dr. Albert Giagnacova, DPM, offers effective treatments for men and women in Germantown and the surrounding communities. Dr. Giagnacova provides highly customized podiatric care to address your nail infection and improve your foot health. Call or use online booking to schedule an appointment today.

What is nail fungus?

Toenail fungus generally begins as a white or yellow spot at the end of your nail plate. It may cause your nail to discolor, thicken, and crumble at the edges.

Multiple nails can be affected, and while toenail fungus isn’t contagious between people, the infection can spread from toe to toe. Most nail fungus doesn’t present any other symptoms, but some people consider them a cosmetic problem or experience pain.

If the fungus infects areas between your toes, this is called athlete’s foot.

What are the symptoms of nail fungus?

You might have toenail fungus if your toenails are:

Some deformed, thickened, or discolored nails aren’t due to fungal infections, but rather caused by an issue such as trauma, birth defects, the use of certain medications and drugs, circulatory problems, or other medical conditions.

Fungal nail infections are limited to the skin and nails and don’t spread through your bloodstream. The infections may be caused by a number of fungal organisms or fungi. The most common type of fungus is dermatophyte.

The cause of nail fungus infection isn’t clear, but certain factors are believed to play a part, such as:

How is nail fungus treated?

Dr. Giagnacova evaluates your toenail and may obtain a fungal culture test to ensure it’s, in fact, a fungus. Depending on your situation, Dr. Giagnacova may then recommend a number of treatments for your toenail fungus, including:

If you have a fungal infection that isn’t treated properly, it might lead to a blood infection, such as cellulitis. To learn more about toenail fungus and receive the highest standard of podiatric care, call Next Step Foot & Ankle in Philadelphia or use online booking to schedule an appointment today.